Keeping up with all the media is a bit difficult on your own, so here I will try listing what we’ve achieved in the last 80 days 🙂

A new font, much easier to read: 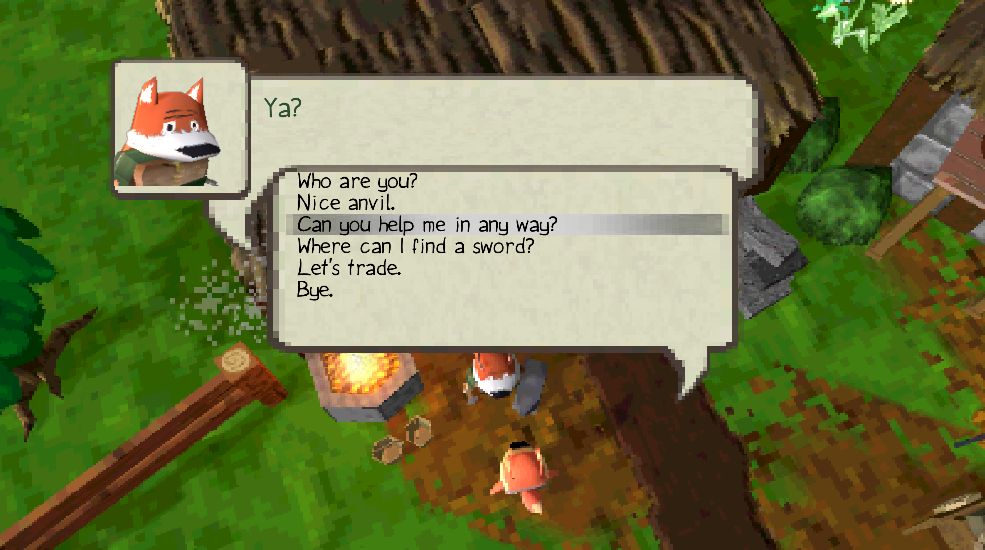 New workflow for creation of dialogues and quests – I can now create/modify dialogue in no time, as I write them in a neatly made Excel sheet:

Improved enemy pathfinding – they can go around each other now to some extent, and there are no glitches/jumps:

Re-implemented weapon trails, and made them look better!

Cleaned up the backpack code, added "cancel" option to every panel, and a few more tweaks 🙂#gamedev #indiedev #lowpoly pic.twitter.com/0T5Buuh6pM

Added a bunch of new camps (which are savepoints) to the tutorial area:

Completely new animations for almost all Ranger abilities, pretty happy with those:

Tricky Trap now has a cool animation when triggered:

New tooltip system, the old one was cool but it caused issues (disappearing in certain camera angles, slow performance):

And some combat, because I haven’t posted any in a while:

Using feedback from various sources, I tried improving whatever I could last month, and picked up the pace a bit. As always, I’d be more than happy to answer any questions

Arpago is a retro 3D action RPG currently under development. It lets you create your own character, choose your playstyle, explore an archipelago full of exciting adventures, and test your strength against any foe you meet on islands! It's not yet available for download.